They have the right idea in Lake Charles, LA.  Their small, annual parade is about kids and dogs and maybe about Mardi Gras.  Lots of dogs.  The costumed dog spectators may have outnumbered the official, costumed parade dogs.  When I asked one woman if everyone brings their dogs to see the parade, she said, “Of course!”  Everyone was having a wonderful time hanging out along the banks of Lake Charles and waiting for the show to start.    A jeep heralded the approach of the parade but there had been a lot of doggy action near us before it even started—dogs visiting and owners admiring.  No one seem worried about children petting dogs, which was a good thing because most of the time the parade route was blocked with children showering affection upon the proud canines.  Clearly these dogs knew they were in a parade, and, except for one tiny Yorkie who shook so much his owner picked him up and carried him, they exhibited behavior one would wish to see in every parade participant.  Heads were held high, costumes and jewelry worn with effortless grace.  There was virtually no barking and the occasional forays into the crowd for additional petting bothered no one.  Drooling was overlooked in the heat and humidity.  I can’t remember being at a parade where people were so happy—oohing, ahhing, chuckling, and being very mellow about the antics of children and dogs.  After the 20 minute parade was over, everyone hung out and continued to enjoy the doggy atmosphere. A good time was clearly had by all. 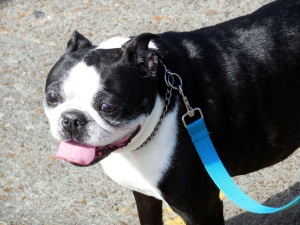 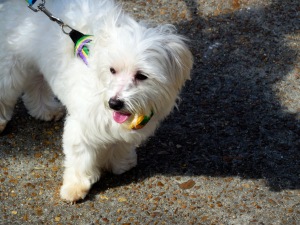 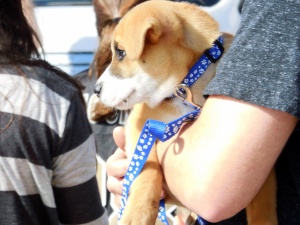 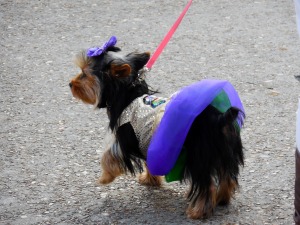 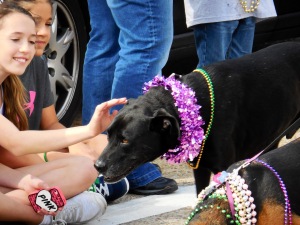 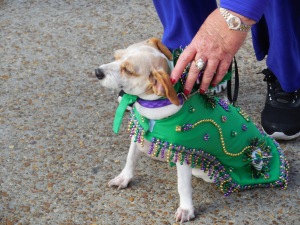 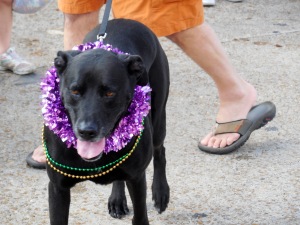 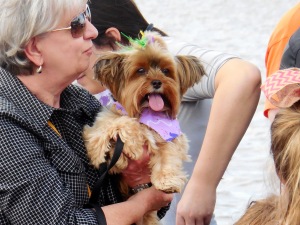 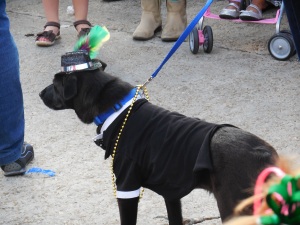 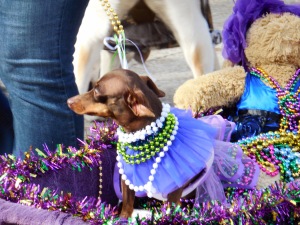 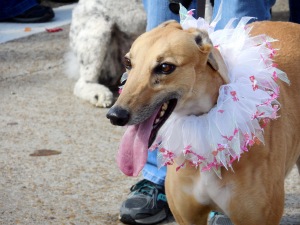 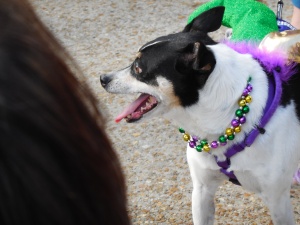 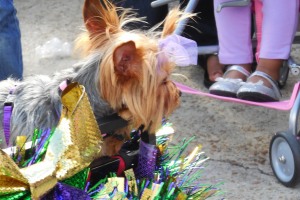 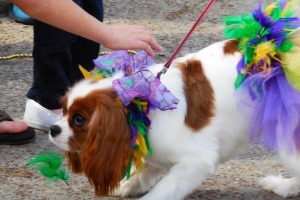 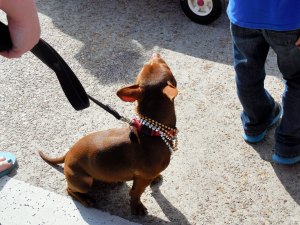 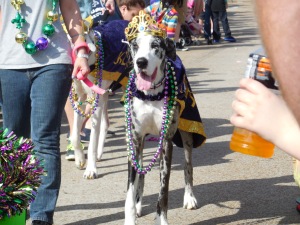 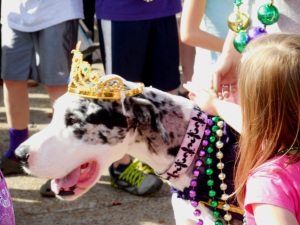 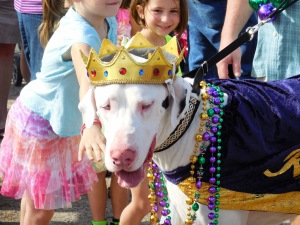 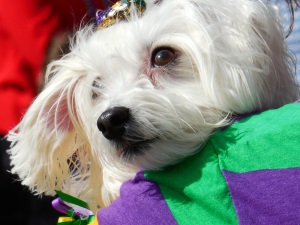 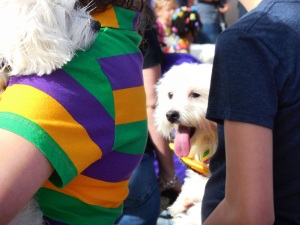 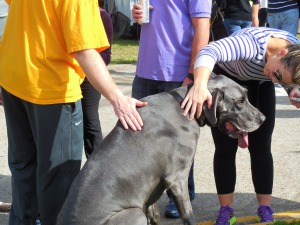 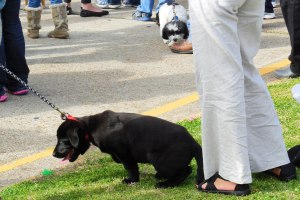 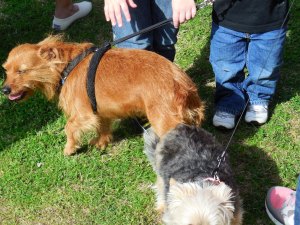 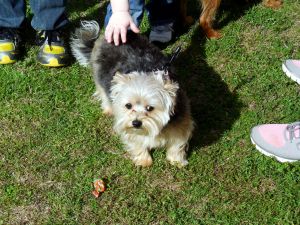 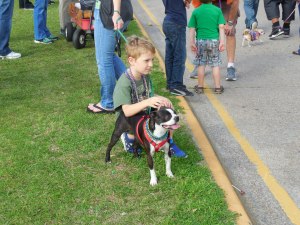 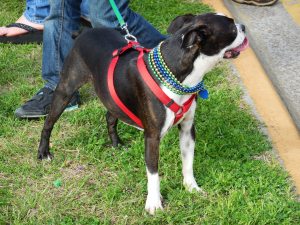 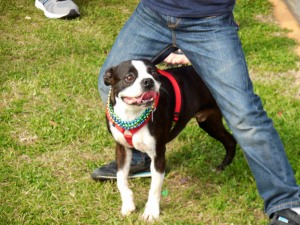 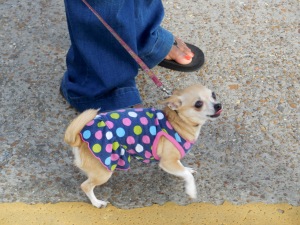 1 thought on “The Puppy Dog Parade”